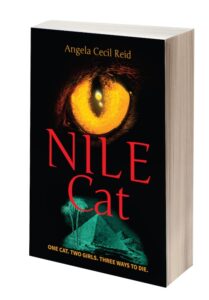 I have been amazed how well Nile Cat has been doing in competitions. It is such a pleasure when completely independent, and knowledgeable, readers enjoy your work!

It has just been announced that Nile Cat  is a Finalist in the Page Turner Book Awards 2022.That is really exciting news – the winners will be announced in October…!

Indeed it has been an exciting year so far. I was thrilled in February to learn that the novel was a finalist in the Wishing Shelf Book Awards 2021. This is a unique competition as the books are judged by their target readership so Nile Cat has been read and enjoyed by teenagers – and that is great to know. One of the best things about this particular award is the feed back from the judges. There were 19 teenagers or Young Adults who read Nile Cat and they all gave it 5 *s… ! Some of the readers wrote comments, which I have copied below… 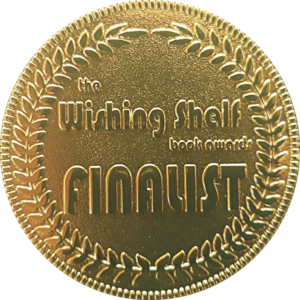 “This is a cool adventure story. I liked the characters and the Egypt setting. The author is a good writer.” Male reader, aged 14

“The best character is Rose. She ́s sort of complicated which I liked. There ́s a strong mystery in the story which kept me turning the page. I often find historical novels a bit slow, but this wasn ́t. Teenagers will like this a lot.”  Female reader, aged 15

“I liked that the author didn ́t dumb things down for teenage readers. Not only is this a thrilling adventure/mystery, it ́s also a glimpse into old Egypt. I would read another book by this author, particularly if Rose is in it.” Female reader, aged 16

Nile Cat is a cleverly plotted historical mystery for teenagers. A FINALIST and highly recommended. The Wishing Shelf Book Awards.

Nile Cat has therefore since publication been shortlisted for the 2021 Rubery Prize, received a B.R.A.G. Medallion (Book Readers Appreciation Group), and  a Moonbeam Children’s Book Award Silver Medal... which is all amazing!

Nile Cat is a thriller set in Victorian and ancient Egypt for Young Adults or the young at Heart! Much of the background detail is drawn from a memoir A Few Egyptian Memories written by my great grandmother, May Tyssen-Amherst concerning her first experiences of Egypt, which she visited when she was just fourteen-years-old.

I came across this document while researching for the biography I am writing on the Tyssen-Amhersts. It was a wonderful discovery as it is rare to find a child’s view of Egypt. She writes about pillow fights in a royal hareem, riding ponies by moonlight along the Chubra Road, nights camping beside the Great Pyramid, and much more. Most British girls were not taken to Egypt until after they were ‘out’, and so in their late teens, or early twenties. If you want to know more then maybe read May Tyssen-Amherst and the Crocodile in the Well.

I have come to know May well over the last few years through reading her travel journals. She was a remarkably intrepid traveller, and recorded her journeying with an artist’s eye and a great sense of humour. As I read her memoir describing her early days in Egypt, I realised what a wonderful starting point for an adventure it would make…

It is 1871, and twin sisters are bound for Egypt aboard the steamship SS Australia;

One is consumed by visions of the past…

…while a stranger watches from the shadows planning his attack.

After receiving an amulet as a gift, fourteen-year-old Rose’s nights are haunted by the adventures of a temple cat in ancient times – while by day she feels ever more alone. When a sinister Egyptologist joins the ship Rose senses terrible danger, but no one will heed her warnings.

Rose’s dreams propel her on a quest inspired by an ancient mystery, and she needs her sister by her side. Can they put the past to rest and escape their enemy’s clutches or will they be sacrificed to the Egyptian gods in a blood ritual as old as time itself?

If you love historical thrillers, read this book! Find out why reviewers call it, “A grand middle-grade adventure that sweeps readers back in time.”

Nile Cat is published by Sand Chat Books (28/10/20).  It is available on Amazon as a paperback and an eBook (Click this link to buy). It is also available from all good bookshops, online, or otherwise.

“The action flips between 1871 and Ancient Egypt, with memorable characters such as Miut the pregnant cat, her friend Hori and their enemy Neshi…. The baddies… are satisfyingly villainous… and each of the two settings feels authentic. It’s always difficult in historical novels to get the balance of characters right… this book manages to pull off this balancing act well.” Shortlisted for THE 2021 INTERNATIONAL RUBERY BOOK AWARD.

“NILE CAT IS A GRAND MIDDLE-GRADE ADVENTURE  that sweeps the readers back in time, first to Victorian-era Egypt and then to the reign of King Ramesses. This is a great introduction for young readers to learn about ancient Egypt.”. A Historical Novel Society ‘Editors’ Choice’ review, Aug 2021.

There is, I think, a huge market for historical novels for young adults. But finding a good one can be difficult. A lot of them seem rushed to me and the research below par. However, Nile Cat is considerably better than most. For a start, it’s well-written, and has an exciting, adventure-style plot which I think teenagers will very much enjoy. It is also filled with interesting and fun-to-follow characters. Set in Egypt in the 1800s – with a secondary story set way, way, way back in time – this novel will offer young adults many of the things they crave for in a good book.

So, what’s it about ? Well, in a nutshell, the story follows twin girls, Rose and Lily, who embark on an exciting adventure in Egypt involving a carved, stone cat and a sinister fellow by the name of Mr Baxter. There’s also a second story, as Rose is haunted by an ancient Egyptian temple cat and the boy, Hori, who looks after her. What follows is a gripping story involving a number of interesting, well-crafted characters and an Egypt setting which almost jumps off the page.

Now to the important bit. Can I recommend this book? The answer is, yes, very much so. Who to? I suspect most teenagers will find this book enjoyable and, possibly without even knowing it – the best way – educational too. The author has worked so hard to offer the reader a fascinating setting, a complex thriller, and a set of characters you’ll be sad to say goodbye to. I just hope there’s going to be a sequel.’